Preston Hall is in Preston Park, post code TS18 3RH. It is on the east side
of the A135 road from Stockton to Yarm, just south of the Concorde Way
roundabout. There is ample free parking in the grounds.
Map                    www.prestonparkmuseum.co.uk 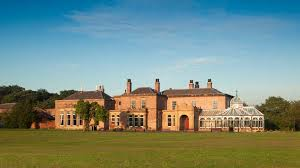 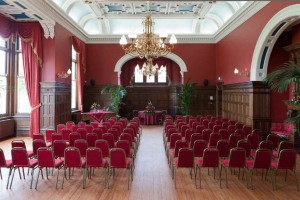 Influence Church, Richmond, is on Victoria Road (A6108), post code DL10 4AS.
There is plenty of parking just opposite in Nun’s Close car-park, Hurgill Road, but
there is a charge every day including Sundays before 6 pm.
Map 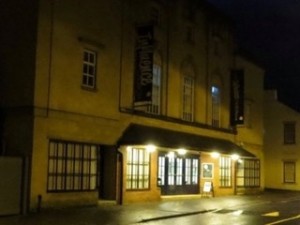 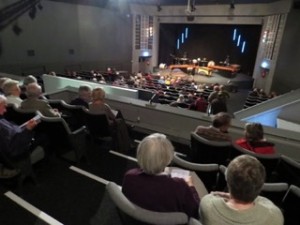 St Andrew’s Church is down Church Lane, Aysgarth, DL8 3SR.  Follow the brown signs from the
main road A684 towards the National Park Centre.
Map

Teesside High School is in The Avenue, Stockton-on-Tees TS16 9AT
There is limited parking within the grounds and some parking may need to be at the
lower level, but please do not park in The Avenue itself for the sake of the residents.
Map

Amanda Adams review of our October 2014 concert at Richmond (Darlington and Stockton Times):
This was a fantastic opening night for the new season of subscription concerts – a combination of one of the best ensembles in the region with one of the best leading guitar soloists Carl Herring. The evening began with Bizet’s Jeux d’Enfants. It was a warm and bright opening and fabulous to see the orchestra relax, clearly at ease under the eye of conductor Tim Jackson.

The following piece, Concierto de Aranjuéz by Rodrigo, featured guitarist Herring, and right from the outset the timbre of his guitar virtuosity shone. Instantly it transported the audience to warm climates. The lilting movements, laments and soaring joys brought smiles to the listeners’ faces. After the interval Herring performed three piano works by Schubert arranged for guitar by Johann Mertz, and it was a delight to hear them performed in this manner.

The final symphony was Mendelssohn’s No 3 in A minor, “The Scottish”, a mighty piece in contrast to what had gone before, stirring stuff, bold, brash, full of Scottish lilts, grit and determination. It left no doubt that the Cleveland Chamber Orchestra is in top form.

E-mail received after our May 2014 concert:
What a fabulous afternoon at Preston Park… many thanks to the team and you for the invite… really enjoyed it. Coffee and cakes… nice touch also!   Regards Ian

Nat Smith on our September 2013 concert (Darlington and Stockton Times):
Stokesley Methodist Church has recently been refurbished and it was fascinating to hear what a difference this made to its acoustic. Tim Jackson’s Cleveland Chamber Orchestra gave the first classical concert with full forces and the sound was very clear and immediate. Any larger ensemble may have to play with mutes or the audience could feel overcome.

However this was a chamber orchestra playing four contrasting pieces. Ravel’s sombre “Pavan for a Dead Princess” was followed by Hummel’s ebullient Trumpet Concerto. Soloist Alex Lewis, yet another gifted musician from Teesside, gave a technically assured performance with a glorious rich tone. The orchestra continued its splendid tradition of supplying a copious quantity of cakes and tea for the audience during the interval.

Then we had the least known piece, Frank Bridge’s “Summer” which is a richly scored evocation of a pastoral Britain just before the Great War. The addition of harp and celeste enhanced the colour. The concert concluded with an excellent performance of Mozart’s Prague Symphony. Mozart demands accuracy and musicality from both strings and wind and the Cleveland Chamber Orchestra under Tim Jackson’s steady baton matched all his demands.

E-mail received after our October 2012 concert in Yarm School with Emma Johnson (clarinet)
Congratulations on a magnificent concert – the orchestra were extremely good, and E J seemed to be appreciative.   What an amazing performer she is; natural yet expressive.   It was very enjoyable, and the venue amazing as well, especially on a sunny Sunday afternoon. I approve of afternoon concerts, so I don’t have to drive home on dark nights.
Well done to all involved.
Best wishes
Ann Hutchings, Making Music Yorkshire & NE

Nat Smith on our March 2012 concert (Darlington and Stockton Times):

Tim Jackson’s Cleveland Chamber Orchestra, conducted by its founder, presented a fascinating evening of music in the Methodist Church on 31st March. The second half consisted of a really balanced performance of Beethoven’s 4th Symphony played smoothly and right up to speed. This was the first of his works which really indulged in syncopation and percussive pyrotechnics.   How apt a choice after a first half of the concert consisting of pieces never performed here before, even though their composers were renowned and prolific.

The first half started with Schubert’s Overture ‘In the Italian Style’ which is seldom played (even during a week of wall-to-wall Schubert on Radio 3) because of “technical difficulty” – the wind section would echo that. But it galloped along at a rollicking speed.   Then came Milhaud’s Concerto for Percussion and Small Orchestra. It may have been only 8 ½ minutes long but the soloist, the accomplished player and contortionist on the night, Andrew Wilkinson, got to hit 19 different percussion instruments. After a “lively, uncouth and dramatic” opening a beautiful dreamy second movement rested the eardrums before a brief explosion at the end. Possibly a more difficult piece followed – Aaron Copland’s Latin American Sketches with plenty of cross-rhythms and more percussion, as well as Alison Gill supporting valiantly on the piano.   The music was very Mexican in style with mariachi sounding trumpet excellently played by David Robinson.

For their 96th concert in their 30th year the Orchestra both surprised and delighted their Stokesley audience.

Anna Jackson on our October 2010 concert (Darlington and Stockton Times):

The choice of baroque and classical music for this concert was well judged to show off the best qualities of the orchestra: dynamic and stylish strings and the individual musical personalities of the principal wind players and timpanist. The programme began with a bright and precise account of Rameau’s Overture to Dardanus. It was refreshing to hear music from the French baroque, which is too rarely performed in this country. With only seventeen string players there was nowhere to hide, and it was clear there were no passengers, with every player utterly committed to the music.

Dan Hands, the leader, and Ian Denley, the principal flute, joined harpsichordist John Treherne as soloists in Bach’s fifth Brandenburg concerto. The complex musical lines were clearly defined by orchestra and soloists. John Treherne’s virtuoso playing of the notoriously difficult solo harpsichord part was occasionally obscured by the reverberant acoustic in the church, but came across clearly in the more favourable acoustic of Helmsley Arts Centre, which is an ideal setting for a chamber orchestra.

A selection from Handel’s Water Music was played with great joie de vivre. This music is not as easy to bring off as it looks, and there were moments where the attack was not unanimous. However, well-characterized dance movements, bright incisive trumpets and inventive continuo playing all contributed to a most enjoyable ten minutes.

Haydn‘s 104 symphonies are an almost inexhaustible fund of musical wit and invention, yet audiences seem to prefer Mozart and Beethoven. Tim Jackson was a persuasive advocate for Haydn in his interpretation of the symphony no.88 in a performance which combined pace and energy with careful attention to detail.     The orchestra’s love for their music and commitment to high standards made for a most enjoyable concert.